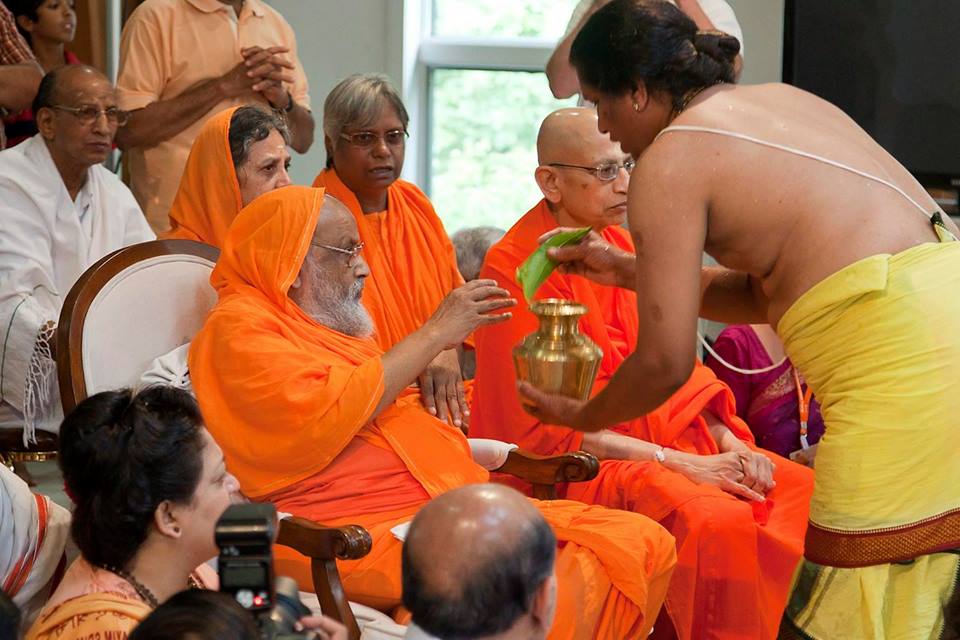 Śruti (Scriptures), the Vedas is the only means of knowledge to understand nondual Brahman – I am the limitless reality I seek.

Above statement doesn't exclude Scriptures from other world's Religions. For sake of this article, we'll focus on Vedas.

Science is primarily based on three other means of knowledge – perception, inference and two step inference.

The other two means of knowledge, to understand our world, comparison and cognition of absence also do not reveal the absolute truth as revealed in the Vedas.

We need to understand that the knowledge given by any means of knowledge is unique and cannot be replaced by another. For instance, my eyes tell me that the leaves of the tree are green in color.

The knowledge given by my eyes is unique to the eyes. I could refine my hearing with audio visual gadgets but irrespective of how sharp my hearing is, my ears can never tell me the color of the leaves.

Ears can only give me knowledge in the sphere of sound. It does not make our sensory perception any inferior or superior.

An X-ray is able to give information, that direct perception cannot, or we would have to cut open the body to see what is happening. A certain inference is made on the basis of the X ray. The knowledge that inference can give me, is unique to it. The five means of knowledge are enough for me to deal with the world or empirical reality, in other words.

Śruti is talking about my absolute reality,  that reality which cannot be negated at any time, place or condition.  Our reverence for the Śruti comes from the fact that it is directly revealed knowledge by Bhagavān about oneself and beneficial for all human pursuits – artha, kāma, dharma and mokśa.

All rivers flow towards the ocean as their end and merge in it. So too, all the rivers of the śrutis, the Vedas, flow towards the sāgara, the ocean of the Lord. They have Him as their tātparya (subject matter), and exhaust themselves in revealing Him.

With reference to the individual, all words and sounds constantly rise and resolve back into the consciousness. This is the ādhyātmika aspect, which is, viewed All the words and sounds including those of the śruti resolve, as waves do, in one waveless ocean of consciousness and hence, He is called Śrutisāgara.

Posted in Vedas and tagged religion, sruti, swami dayananda
← How is Vedanta Different to Other Systems?7 Stages of Enlightenment (Panchadasi by Swami Vidyaranya) →