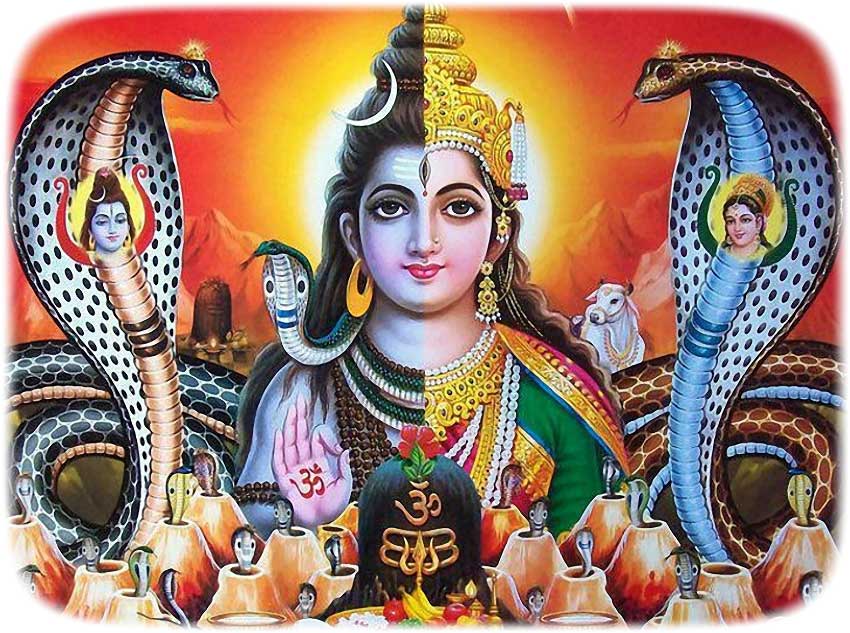 In previous part 23, we've seen that maya is dependent on the Limitless One (brahman) for it's existence.

Māyā is the totality of all names-forms which enjoy their reality in the one undivided Truth.

Just how all words on a whiteboard, irrespective of the relative glory they enjoy – all have their being in the one same ink alone.

Suppose two words called “up” and “down” are having an argument…

Opposing they may be from standpoint of their definitions.

But they both enjoy the one same essence, the ink out of which they are made and never separate from.

If only their vision turned to the essence and remain, the pointless samsara arguments would end instantly.

Somewhat clear this explanation may be, it still managed to provoke the students doubtful mind…

Hence the student asked “By presenting two separate beings, the Limitless One and maya, you have negated the essence of ‘Without a Second' (advaita)”

Person's energy-power remains in potential/unmanifest. It's appreciated only when he wields it into manifest.

” The Limitless One and maya, like a person and his power (an inherent strength and energy) – he can use and wield it.

He can either reveal or resolve it in any manner he chooses.

They are not separate entities.

There is only one, the conscious being, with power and energy resting on him.

How can they exist independently of him. They cannot.

They are a dependent-reality, mithya.

The subject can be without manifesting his energy, while the energy cannot be without the presence of a conscious subject.

In same way, māyā – an inseparable and dependent energy force of the Limitless One, depends on the One Consciousness (brahman).

It does not exist by itself, it cannot. It has no real existence.

It is the One's energy-material with which the Limitless One manifests itself as the universe – without itself undergoing any changes. (vivarta-upādāna-kāraṇam)

Seen from the world angle, the Limitless One is at once both intelligent and material source of the entire universe. (nimitta-kāraṇam & pariṇāmi upādāna-kāraṇam)

Just as the pot is neither separate nor is it a part of clay.

The pot is clay.

The world is neither separate nor a part of the Limitless One.

The world is the Limitless One – with an apparent addition of forms and names – a seeming addition of attributes.

There is no question of two.

There is just One Limitless Existence Consciousness. “

“What is the connection between the One with no attributes, and the world full of attributes?”

” There is no real connection since the world is mithya, a dependent-reality. And so is it's source, maya, power of the Limitless One.

How can mithya connect with satyam, the truth?

If we mistook a shiny shell (mother-of-pearl) for a silver object, did the metal really exist?

Although the rope-snake frightened us, did the snake really exist?

Silver and snake are mithya, how can they affect the real?

Two different ontological levels cannot connect with each other.

Where the world is concerned, it is mithya – a dependent-real, constantly changing and existing within time and space. It is dependent on satyam, real.

The connection between the two, real and dependent-real, is neither cause and effect, nor one of ends and means. 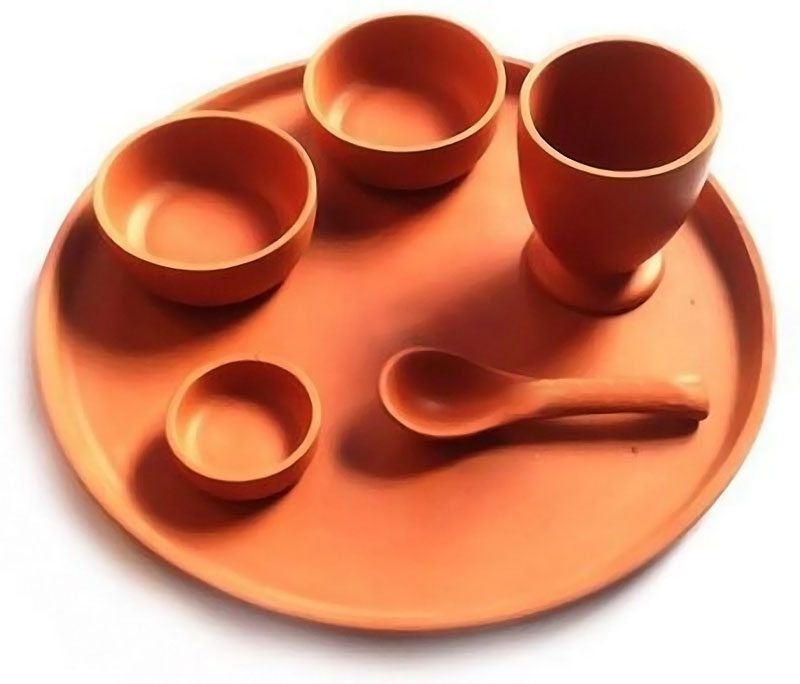 It is a superimposition of forms and names and function on the Limitless One.

Superimposition is caused by our ignorance of what is real and what is unreal.

We take the pot to be real when it is but dependent-real.

In a world of clay, it is clay which is the real. While forms and names, an addition of dependent-reals.

Born of clay, sustained by clay, they are only clay, with a superimposition of pot-ness, lid-ness, cup-ness, a host of other-nesses.

The world-ness is similarly mithya, dependent-real.

It is form-name and function superimposed on the Limitless One.

When we inquire into its reality, we find it has no real substance.

It exists within time and space with change as its constant.

Multitudes of world-nesses are depending on Truth (Limitless Consciousness) for their existence.

Our ignorance caused by maya's presence – the cause of our misapprehension, results in our not knowing what is real and what is not.

Maya's raison d'etre (bases) explains the apparent existence of the world and it's apparent connection to the Limitless One.

Just like the eighteenth elephant vanishes after serve its purpose, once we understand the truth – maya's presence no longer confuses us.

Once there was a king who had seventeen royal elephants — beautiful elephants, bedecked with jewels, draped in silk, smart and strong. The king died, and left the elephants to his three sons, with instructions that the oldest son should get half of them, the middle son one-third, and the youngest one-ninth.

The princes were confused. Half of seventeen? A third? A ninth? What were they supposed to do? Cutting up an elephant was of course unthinkable. The king’s chief minister came upon them, puzzled and sad. “Don’t worry,” he said. “You’re nice kids, and I’ll give you one of my elephants.” And so he brought in “the eighteenth elephant”.

The eldest son happily led nine elephants away (half of the bunch). The middle son took six. The youngest one noted that two is one-ninth of the total, and took his two. The princes together had 9+6+2 = 17 elephants, and the chief minister took his own elephant back to its stable, and they all lived happily ever after.

Seen from creation's point, māyā is the power – the material, with which the Limitless One manifests itself.

Thus how can maya affect the One who wields that power? It that was possible, then who would be left to continue wielding that power.

Can an object revealed by light, color in or affect it's revealing source? The object cannot.

Once maya's reality is understood, we can see clearly it's dependent-reality.

That it is energy and matter dependent on and inseparable from the Limitless One.

It is not a separate entity.

Thus where is the question of a connection?!

There is only one existent which is Limitless Consciousness, the source of the universe. “

“How does maya become the world? Dependent-real that is is, does it have the capacity to reveal the Limitless One's intelligence?”

” Just as in the hands of a skillful potter, the clay despite its insentience – reveals the potter's skill and talent – appearing as beautiful clay objects.

It same way, maya is the cosmic material – universal energy-matter, capable of revealing the genius that is the Limitless One.

An example from our Upanishads provides an illustration of a spider drawing silk from within, without a change in itself.

It is both the maker and the material.

But it is the spider that weaves and not the silk, an insentient material that it is.

It is no different with maya.

It is the Limitless One who manifests as the universe, drawing material from itself.

From creation's perspective, it is both maker and material cause. At first, neither time nor space – just the One pregnant with creative force. (3 guṇa śakti/māyā/prakṛti)

Out of the Limitless One, without an action – streams maya of three aspects rolled into one, a triple effect.

A calm peaceful one, clear and perfect.

Another more energetic, powerful and frenetic.

The third, a resting state resembling sleep, to recuperate.

Maya in infinite combination forms. It's nature, trait and character upon crystallization is of various kinds of persons and matter.

It is the creative material, the fundamental energy, the building block of the universe – revealed by the Limitless One.

The creator's knowledge manifests through matter.

Consciousness expressed, we recognize then its presence.

Every object in the world assembled for a purpose for us to marvel and wonder, implies a genius in its creation.

Particles intelligently put together to appear as objects.

Every part of the object reveals the intelligence of its maker in the laws, orders, formation and structure.

Every object is a perfect blend of two principles – matter and intelligence.

If we dismantle an object breaking it down into fundamental particles, we will find intelligence manifests until the very end.

As we delve further into energy and matter – discovering quarks, gluons, bosons and other particles so subtle – they are no longer perceptible.

Reduced to energy pockets, they dissolve into inferences that in turn find their being in the observer, I – self-revealing Consciousness.

There is no dividing line between consciousness and matter.

One does not end for the other to begin.

Consciousness never ends limitless as it is, while matter draws its existence from the Limitless being.

An apparent togetherness, cause of the manifest and resolved state of creation.

Matter ever changing is a dependent with a capacity to reflect the genius of the Limitless One.

Consciousness exists by itself with or without the knower (aham kāra / pramātā) – for both knower and known derive their existence from the Limitless Consciousness One.

We call the Limitless One, omniscient, when its knowledge is viewed through the entire creation, through maya (all-energy-matter).

And Limitless One (consciousness) viewed individually through the mind, we call it the knower, I. (aham kāra / pramātā)

As for maya the cosmic power, it is ignorance at the individual level.

It is cause of our sense of limitation making us believe we are bound to the psycho-physical-world – hiding from us the truth of our limitless nature.

In the world around us we see the process of creation involving male and female principles.

Extending the process to the cosmic level, known to the unknown*, twin factors of creation.

Consciousness and energy-matter become the archetypal couple –  male and female, father and mother. Limitless One and its māyā power.

We look upon the creator as the universal parent – father and mother combined.

Divine pair, inseparable as word and its meaning.

“Energy is neutral power. Why give it a gender to confuse us?”

” Where the creator is concerned, there is no particular gender, male or female.

It includes all genders.

The wonder of our wise ancestors – to have given us a unique figure – male and female combined in one human form, Ardhanarishvar.

One half the masculine force, the other, gentle femininity.

In the world we see female of a species, playing the creator's role. Procreating, multiplying, reflecting the divine mother.

The role of the male – subtle, no so obvious – but strength he lends firm yet protecting.

From the cosmic to subatomic dust, it is maya's power at work everywhere, including our body and mind.

It is only natural that we give a gender to cosmic force of the Limitless One – for we as human beings, have a psychological need for a parental figure…

Which we can then fulfil in the recognition of a maker, father and mother. In them we resolve our childhood issues.

Issues hidden in the recesses of our mind – our basic unconscious, formed before we turn five.

Often we recognise our problems and learn of their workings in our mind when years have flown by.

Our biological parents absent, unavailable or no more – how do we resolve the inner turmoil locked within our minds?

Through One Limitless Consciousness invoked as father and mother, divine parents, god and goddess – personification of love and compassion.

They are our only help providing indispensable psychological support.

We resolve our issues through tears in their unconditional love – emotion we longed from our parents.

When our deepest emotions are spent and our unconscious resolved, then to an extent, we can turn further inwards… towards understanding truth with a clearer and more peaceful mind. “

Conversation in part 25, student is worried that maya eclipes or affects Limitless Consciousness, thus any attempt to discover the truth is ‘contaminated' by maya's 3 gunas…

Posted in Advaita Simplified
← What is Ontological Status of Maya – Part 23Can Maya Affect Consciousness? – Part 25 →